Marketers always seem ready to hail the death of an old medium. For instance, how many headlines have you seen heralding the death of print media, or the death of email?

The same thing is true if you want to write a radio advertisement. You may be greeted with scorn—who listens to the radio anymore?

Turns out, quite a lot of people do! Everyone hasn’t turned to streaming services for their favorite car ride jams.

That’s why high-quality radio advertisement scripts are so important. You need something that sticks in the listener’s brain. However, you want to make sure your ad isn’t cheesy or annoying—that could ensure your listener will remember you for all the wrong reasons!

There are a few tenets of copywriting that make a good radio advertisement script. We’ve all heard it said—people won’t remember what you do. Instead, they’ll remember how you made them feel.

The same is true for radio advertisements. When crafting copy for a radio ad script, you’re working at an automatic disadvantage. When someone’s driving, they can’t stop to scribble down your company name.

They can’t take notes on their phone or Google you immediately. You’re relying on their memory.

What does that mean for you? Your radio ad script has to make them feel something.

Take this example, for instance. “My child was diagnosed with brain cancer. Thanks to generous donations made to Shriner’s Hospital, she gets to start school today.”

No one likes to picture a child with brain cancer. It’s horrible for anyone, but especially for someone so young. You’re likely to remember that ad, even if you don’t know anyone with brain cancer, or have never heard of Shriner’s.

As mentioned above, you’re working with a time crunch. You’re paying for every second of air time that you get, and you need to cram your message into a short time slot.

This requires crystal-clear messaging. There’s no room for fluff or vague verbiage. Picture this example.

“If you’re craving that childhood nostalgia with a fun fall flavor, stop by our San Francisco location on 25th and Elm, and pick up a pumpkin pie for 25% during the month of October.

There’s no room for confusion. The product being sold, the location, and the duration of the offer are clear. This ensures that people know exactly what they have to do. This leads to our next tip, which is clarifying the CTA.

People need a few pieces of information to take action on an offer. They need to know what the offer is, why it matters/why it’s such a good deal, and how to access this deal.

That’s why the voice on the radio tends to repeat links, phone numbers, and addresses more than once. It’s a way to clarify the CTA and make it settle in your brain so you can look it up later.

Make sure your CTA is as clear as possible. In the above example, the example could be trimmed. “Want a pumpkin pie for 25% off? Stop by our San Francisco location during the month of October.”

This streamlined option helps people remember the facts, and nothing else.

Do you have music playing in the background? What tone does the announcer take when reading your radio ad script? What is the verbiage?

When writing your radio advertisement, it’s not enough to just make people feel something. You need to know what mood you’re aiming for.

For instance, if you write an ad for Christmas decorations, you may want to use nostalgic music and slower speech. Many people hate the rushed commercialism that Christmas centers around, and taking the alternate approach will help you stand out.

“Making memories with the kids is what the holidays are all about. Stop by with your little one to check out our sled sale.”

This type of verbiage evokes nostalgia, puts the focus on family, and sets a peaceful mood that may work amid the rush of holiday advertising.

At this point, listeners have heard it all. They see millions of advertisements in a given year. From their Instagram feed to TV commercials, they have layers upon layers of marketing jargon packed into their brains.

This means they can spot fake boilerplate from a mile away. Our brains are so used to the patterns of advertising jargon that your advertisement will slip through the cracks if it’s not unique. It will just become more white noise within the brain.

That’s not what you want. Take the time to work through many iterations of your radio ad script. Use all the tools in the English language, such as alliteration, repetition, and onomatopoeia, to make your words stick.

Here’s an example: “Struggling to get home for the holidays? Our cheap flights get you home while giving your wallet a break.”

This version is more creative than another iteration, which might read like: “Looking for flights? Visit us online.” That terminology could apply to any airline these days.

When you’re looking at radio ad script examples, you may think there’s no room for storytelling. A radio advertisement is bare-bones copy, without time for much more.

However, humans are hardwired to pay attention to stories. Remember the above example, about donating to Shriner’s to help children with brain cancer? That was a two-sentence story.

It has all the primary elements of a story. There’s tragedy and an inciting incident of a child developing brain cancer. There’s an implied problem–a lack of affordable healthcare. There’s a challenge–finding healthcare for a child with brain cancer.

The solution is donations and the kindness of Shriner’s hospital. And the happy ending is a child growing up to do normal activities, like ride a bike or go to school.

Here’s another example with an extended story. “At Shriner’s Hospital, we take care of anyone who needs it. One of our patients, Jane Doe, needed help when she received a diagnosis for Scheuermann’s kyphosis. Her parents couldn’t afford treatment, but she needed help. Shriner’s stepped in—and now Jane is able to move pain-free.”

This provides a very brief storyline for the listener’s brain to follow.

Radio jingles often get a bad rap. It’s because they’re usually cheesy and inherently easy to make fun of.

These days, a radio jingle can turn into a viral meme within a day. That’s a lot of pressure when you’re sitting down to write a jingle!

Focus on the mood you’re going for, and take the time to listen to other jingles. How do they sound, and how does that sound change depending on the demographic they’re trying to target?

If you’re trying to sell your product to teenagers, try to evoke the sounds of what they’re listening to anyway. Of course, you should never plagiarize or try to sound like another artist!

You’re not trying to sound like Taylor Swift, or Billie Eilish, or any other global superstar. You’re trying to nail the same emotion they capture in their songs if that’s what your target demographic is listening to.

When writing a jingle, you should also know that you aren’t writing an opera. This is not the place for grand emotion or musical swells.

Instead, you should embrace the nature of the genre. Go with cheesy alliteration and fun verbiage. That’s what makes it a jingle!

Repetition is also a big part of the jingle. That’s what makes it an earworm that sticks in people’s minds, even when they would rather it didn’t.

Like we’ve emphasized before in these radio ad script examples, this is precious little time to waste. You won’t be able to read full testimonials on-air, in most cases. And you won’t want to waste your air time like that either.

Instead, make references. “We’ve received five thousand five star reviews in the past ten years.” This type of track record should always be included in any radio ad that wants to establish your credibility as a company.

As evidenced in these radio advertisement examples, a lot of time and effort goes into a simple radio ad script! However, when the calls, purchases, and visits start rolling in, all that effort will eventually pay off.

If you want help with voiceovers, radio ad production, jingle production, or other production elements, we can help! Contact us today. We’re excited to get started on your project. 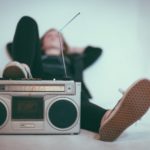 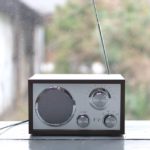