With marketing strategies becoming outdated almost immediately after they pop up, radio jingles have withstood the test of time. Ever since1926, when the concept first came to light, radio advertising jingles have been central to marketing campaigns.

But don’t mistake jingles for slogans or a song with the company name or motto, though. The best marketing jingles create brand awareness by staying in the listener’s head long after hearing them.

Out of all the radio jingles ever produced, these ten are the most effective marketing and are worth recognition in 2021.

The Oscar Mayer Weiner jingle is one of the old radio station jingles from 1965. It was part of a nationwide campaign to market the franchise hotdogs to as many people as possible. Written by Richard Tentlage, the tune became an instant hit among kids and adults at the time.

While the jingle was only in audio format when airing for the first time, its huge success led to the production of a TV commercial. Today, the video has over a million views on YouTube, and even the current generation knows it word for word.

There have been remixes of the Oscar Mayer jingle over the years. One performed by a metal band, the other by a barbershop quartet, and even a singing parrot. Either way, the “I wish I was an Oscar Mayer Weiner” jingle continues to dominate the minds of all its listeners.

During the early 2000s when McDonald’s stock was plummeting there was a re-think of their marketing strategy. In 2003 they had Tom Batoy and Frank Tortora to help them develop a radio jingle that would change the company’s fortunes and their lives.

After the jingle first aired, people couldn’t stop singing the lyrics – “ba-da-ba-baa-baa,” and the jingle became an instant hit. The fact that Justin Timberlake and Pharell Williams, two pop icons hopped on the track fueled its popularity massively.

And although the campaign was to last two years only, the jingle still dominates the airwaves and people’s minds. By 2020, this jingle was in 11 different languages, with five different commercial videos created around it.

Kit Kat, the popular milk chocolate manufacturing company was not so famous until the release of this jingle. According to Michael A Lavine, one of the writers of the jingle lyrics, “Give me a Break” was to be a backup in case the main jingle flopped, but it ended up standing out more among audiences.

“Give me a break, give me a break, break me a piece of that kit kat bar,” as the lyrics suggest has had people eating kit kat all over America. Even though the original radio ad has undergone modification with celebrities like Chance the Rapper coming in, the slogan remains the same.

Considering the jingle first debuted in 1986, and 564 Kit Kat are consumed each second worldwide, it’s clear that this marketing jingle continues to deliver.

” I am stuck on a Band-Aid because a Band-Aid is stuck on me” are the lyrics to this famous jingle. It was written by Barry Manilow, who is popular for several hit jingles, including the brains behind state farms jingle “like a good neighbor” in 1975.

After partnering with Johnson & Johnson to come up with this masterpiece, both parties benefited from its release. The giant band-aid supplier sold more band-aids than ever before, and barry won the Young & Rubicam a CILO award for the song in 1976.

While there are other marketing campaigns, including the current one featuring a ballet dancer who uses a band-aid to stitch up her feet after a performance with the slogan “Stick With It,” none has come close to matching the band-aid anthem.

It shouldn’t be a surprise that the company earned 247.5 million in revenue during the 2017 year calendar.

Toys R Us, the famous kids’ toy company released this jingle as a radio advertisement in 1982. Written by best-selling author James Patterson in collaboration with Linda Kaplan, the jingle is among the widely recognized to date.

The theme of the jingle begins with kids playing with different toys from the company while singing the song. I Don’t Want To Grow Up, I’m a Toys R Us kid. The video creatively portrays video games, bikes, trains, and even teddy bears without seeming too salesly.

Whether you’re a child or an adult, this jingle makes you feel like never growing up because of the comfort of toys. The tune recurs in your mind for quite some time and those who hear it, still remember the song days or weeks after.

What’s more, since the company almost closed its door in 2017, it re-took this slogan as their main advertisement to boost their sales, which worked.

6. State Farm, “Like a Good Neighbor, State Farm is There”

State Farm is one of the leading insurance providers in the country, thanks to a successful marketing campaign. The driving force behind it? That’s right, the radio ad Like a Good Neighbor, State Farm is there”.

The slogan, first released in 1971 as part of the insurance initial marketing campaign, turned out to be the key to people’s hearts and pockets. It depicts the various challenges people experience while at home and how insurance can help solve these problems.

While there have been different versions of the jingle throughout the years, including one in 2010 and more recently last year, all versions maintain the melody.

State Farm has undoubtedly reaped big for 30 years from jingle, and nothing current seems to suggest it will stop anytime soon.

Huggies Pull-ups are a popular diaper option and at one point overtaken pampers as the market commander. This is thanks to the I’m a Big Kid Now audio that was played in almost every jingle radio station nationwide after its release.

Produced in 1990, the jingle has taken many other forms since, but the core message of I’m a Big Kid Now remains. In the latest Huggies advertisement, a child confidently sings the song I’m a big kid now to their mom as they use the potty.

Currently, Huggies Pull-ups owns about 22% of the diaper market share and is synonymous with this famous radio jingle. And while there may be other jingle campaigns to come, few will match the clout this slogan continues to bring the brand even today.

The Alka Seltzer jingle was created in the 50s but didn’t air until the mid-’70s. When the company first started, it advocated using one tablet instead of two to treat stomach illnesses. But as they would quickly realize, this was a catastrophe for disaster.

Many people who consumed the tablet for their stomach irritation problems still experienced the problem later. This forced a re-think, and doctors recommended users take two tablets instead of one at a go for the medication to work.

To popularize this finding, the company launched the Plop Plop, Fizz Fizz campaign that aimed to educate the consumer about usage. It depicts the sound of two tablets landing in a cup of water, and then producing the fizzing sound – thus Plop Plop, Fizz Fizz.

The jingle marked 75 years this year, and Alka Seltzer celebrated the jingle as one of their best in history and held a contest in honor.

9. Folgers, “The Best Part of Waking Up”

For over 30 years, Folgers, one of the leading coffee makers in the country used this tune in their radio advertisements. The song first debuted in jingle radio stations as audio in the late 1950s before the TV commercial appeared in 1984.

Written by the talented Leslie Pearl, the composition has a cover in almost every music genre you can think of. From country to gospel, R&B, folk, Celtic, and even jazz with superstars like Rockapella, Aretha Franklin in the remixes.

While the jingle earns hefty royalties to date, Folgers decided to auction it up to the highest bidder after three decades of dominance. It is yet to be seen what the current owner will make from the jingle, but one thing is for sure, The Best Part of Waking Up lives in our minds.

Meow Mix is a creative jingle created by Tom McFaul in 1974 to popularize Ralton Purina cat food products. The video typically shows cats enjoying their food while another sings along to the tune before ending with the slogan – “Tastes so good, cats ask for it by the name.”

After 20 years of using the jingle in different commercials but maintaining the original melody, the company decided to retire the song. However, due to market demand, they have since relaunched and dubbed it Meow Re-Mix.

The Best Radio Jingles in 2021

These are the top ten radio jingles in 2021. Some are more recent, while others are slightly older. However, all have had an impact on the minds of individuals across the country and world.

There’s no denying it, jingles are still a large part of marketing, and companies could do better if they utilize them well.

Contact us today to create a jingle for your business that will outlast the present and future generations. 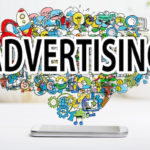 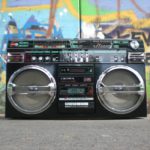 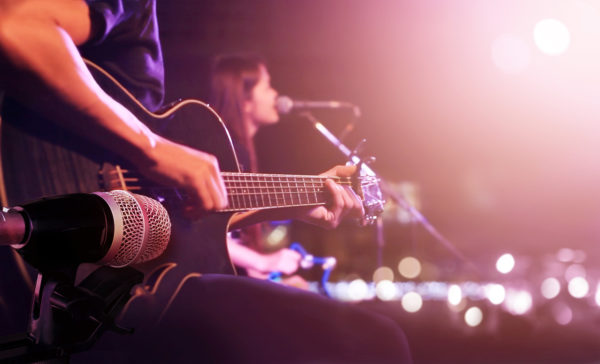 The Benefits of Having a Jingle for Your Business

Jingles That Mingle: How to Create Effective Jingles for Commercials