You might be shocked to learn that approximately 89 percent of people believe musical jingles to be a very effective form of advertising. Giving your brand or product a catchy tune and lyrics is one of the easiest ways for people to remember it. Odds are, if you hear “catchy advertising jingle”, you’re already hearing a few top candidates in your head!

As it turns out, creating a lasting and memorable advertising jingle is a delicate art that requires a keen eye for music and marketing. This brief guide will break down some of the all-time classics of jingle production.

Not only is the Kit Kat bar practically synonymous with its enduring jingle, but the phrase “give me a break” has never been the same since!

First introduced in a 1986 TV ad, “Give Me a Break” was written on a whim by a junior copywriter before becoming an immediate favorite of test audiences. Since then, it’s landed among the most iconic jingles for ads. You likely know it’s impossible not to think of whenever you snap off a piece of any candy bar for that matter!

Enlisting the catchy musical expertise of Barry Manilow, State Farm debuted one of the most instantly recognizable jingles for business in 1971.

With the help of the “Copacabana” singer, “Like A Good Neighbor” became ingrained in the culture’s musical memory. To this day, almost every State Farm ad either begins or ends with a quick, truncated instrumental version of the song title’s five simple notes.

Even when writing a jingle for commercials that are only a few seconds long, sometimes bringing together A-list jingle production talent yields only the best results.

In 2003, the iconic “ba-da ba pa-pa” was first sung by none other than Justin Timberlake over a composition by Grammy-winning rapper Pusha T. Tragically for Pusha, he missed out on the profits from the jingle’s publishing rights. “I want artists to know that,” he attests to this day, “Keep the publishing.”

It could perhaps be dubbed “the commercial jingle that never ends”. Chili’s first debuted this repetitious earworm all the way back in 1986.

With a cyclical, never-ending baritone backdrop of “I want my baby back, baby back, baby back…”, Chili’s made its signature dish a staple in the cultural consciousness. The song has been spoofed and referenced all over, from the Austin Powers films to Scrubs. The catchiness is unimpeachable, and it makes the temptation to order at least one rack difficult to not indulge.

At the end of the day, remembering brands, product names, or snappy slogans is easy enough. As Empire Carpet Today proved, it’s a next-level feat altogether for jingles in commercials to get an audience to easily recall an entire ten-digit phone number.

The enterprise once known as “The Empire Carpet Man” has changed its name and number since first introducing the song. Nonetheless, over the image of CGI employees installing carpets, it’s hard not to hear the company’s entire contact number right as you see it: “800-588-2300 Empire!”

Sometime around 2008, Subway was offering new daily specials and very much wanted the world to know. With endless variations of repeating “Five. Five dollar. Five dollar footlong”, they succeeded in this goal without a doubt.

Subway originally conceived the “five dollar footlong” as a sly sales tactic. However, the company quickly realized the viral deal of their jingle’s namesake had run away from them. Unfortunately, the five dollar footlong deal ended for good in 2018.

Folgers – “The Best Part of Wakin’ Up”

For over thirty years, Folgers had coffee enthusiasts of the world rejoicing around the unforgettable refrain: “The best part of wakin’ up is Folgers in your cup”.

The song proved so influential for so that a fan even purchased the rights to it as recently as 2021!

Snagging the song’s rights for ninety thousand dollars at an auction, one enterprising stranger somewhere in the world will be bringing in residuals every time it’s played publicly.

To this day, “I Wish I Was An Oscar Meyer Weiner” perhaps remains an undeniable candidate for “weirdest slogan ever coined”. If anything, that goes to show you the staying power of a catchy and memorable song!

The tune was first cooked up by Richard Trentlage, a Chicago musician who simply held a unique fondness for jingle writing. In his kooky theme song, he imagines muses upon the key to being loved by everyone you meet: living out an existence as an Oscar Meyer wiener.

Originally accompanied by a goofy cartoon in its first 1965 ad, the song has spent decades giving us an odd reminder that life as a hot dog…might not be so bad?

Produce A Jingle Worthy of The Hall of Fame

If the countless success stories weren’t enough to speak for themselves, quality jingles production can sometimes be the secret ingredient that takes your brand to the next level. There’s no easier way to see how a good jingle could boost your brand than to try it yourself!

At Killer Spots Agency, our proven, expert approach to radio, voiceover, and jingle production is here to provide measurable results.

Contact us today and let us help you bring your brand’s unforgettable jingle to life. 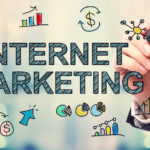 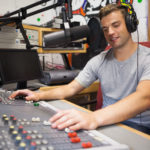